The Duke of Fantasy’s 2014 MLB Rankings

Compiling universal fantasy baseball rankings is essentially impossible. With so many different league options available — from rotisserie and head-to-head formats, to auction and snake drafts, to keeper leagues, to NL and AL formats —there’s no one way to determine a list in order of value because value is different based on each league’s scoring and draft type.

This set of rankings is based on a combined AL and NL league format with weekly head-to-head category scoring (my favorite type and specific area of dominance).

The goal in this format is to draft guys who do “everything” (i.e. hit for average and power, get on base, steal bases, draw walks while not striking out too often etc.). 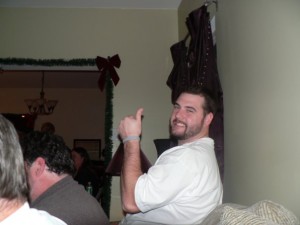 Presenting the official 2014 Jabroni Fantasy Baseball Rankings. Our Fantasy Duke has won in multiple league formats. He’s probably also kissed your mom on the mouth. You should listen to what he says.

In standard setups for this format, you’ll earn a “win” for each category you win each week against a particular opponent and a “loss” for each category you loss. Categories ties will earn you a tie or be ruled a push determine on league settings. Either way, if you’re in a league that plays 12 categories (typically six offensive/six pitching) per week, you “win the week” by going 7-5, with your opponent still earning five wins. The more wins, the merrier. These rankings have been established based on how you should value guys to win most of your categories most weeks. Let’s get started!

1. Mike Trout (OF; Anaheim Angels) — What’s there to say? The guy does everything and in my opinion is the best player available overall and especially for a category-based league. The only thing I would like to see do better at would be to cut back on strikeouts (136 Ks in 2013 and 139 in 2012), but that’s really nitpicking.

2. Miguel Cabrera (3b; Detroit Tigers) — If you like him at No. 1, that’s fine — I won’t even argue with you. Dude is the best hitter in the game. Only thing is, he will be playing first base this season, according to the Tigers, and there are a lot of quality players at that position. Plus, he could eventually become ineligible at third base depending on your league’s rules, so draft accordingly.

3. Andrew McCutchen (OF, Pittsburgh Pirates) — The reigning NL MVP and another all-around player who is simply great to have in this format. I think he can and will steal more bags this year (should crack 30 for the first time). Have confidence in taking him early.

4. Paul Goldschmidt (1b; Arizona Diamondbacks) — Goldschmidt is flying off the boards early after last year and, based on his career progression, he gets better each year. He hits for power (led the NL in both homers and RBI in 2013) and average (.302 in 2013) and plays in a great hitter’s ballpark.

5. Carlos Gozalez (OF; Colorado Rockies) — Another all-around player and is probably ranked higher in a category based league compared to a roto pts league. Big knock is his health but he is entering is prime at 28 y/o and great ballpark.

6. Robinson Cano (2b; Seattle Mariners) — He’s the richest and best second baseman in the game. New deal, new team and new stadium. The new stadium might hurt his power numbers more than help the new team aspect. But he will remain the best in the MLB at his position, a position were there is a huge drop off after him.

7. Edwin Encarnacion (1b, DH; Toronto Blue Jays) — I keep waiting for his production to fall off, but in the last two years he’s put up great numbers for both power and average (at least 35 HR and 100 RBI). He’s also in a nice lineup and plays his home games in a good ballpark for hitters. My only worry would be he underwent offseason wrist surgery.

8. Jacoby Ellsbury (OF; New York Yankees) — Had a nice bounce back year in 2013 with a .298, 52 steals and 92runs scored. He should improve on those numbers in the Bronx with that lineup and ballpark.

9. Adam Jones (OF; Baltimore Orioles) — I have him ranked higher than most, but that’s only because he is another example of someone who will put up really good stats across the board (30+ doubles and home runs each of the last two seasons, double digits in steals the last three seasons, 108 RBI in 2013), which is key in a category league. He is on a good team, good ballpark, and is entering his prime at 28.

10. Adrian Beltre (3b; Texas Rangers) — A non-sexy name here to round out my top 10. No longer the deep position it once was, third base can be tough to find category fillers. But Beltre keeps collecting about 30 home runs, 100 RBI and 90 runs per year while hitting above .300. The only scare I would have would be that he’s entering his age-35 season. But he led the AL in hits last season with 199.

11. Joey Votto (1b; Cincinnati Reds) — Mr. Reliable. Every year he puts up great numbers. I would like him more if he tried to hit for more power.

12. Ryan Braun (OF; Milwaukee Brewers) — Regardless of the PEDs, dude is a stud and looks like it again this spring. I would have him higher, but punished him a little due to that PED use and his lies.

13. Prince Fielder (1b; Rangers) — New team, new hitter’s ballpark. Won’t be as protected as he was in Detroit with Cabrera batting in front of him, but still in a nice lineup.

14. Troy Tulowitzki (SS;  Rockies) — Best SS in the game. Obvious knock is health. The question isn’t “Will get hurt?” its “When will he get hurt, and for how long?” Still worth taking high, just make sure you have a solid backup.

17. Carlos Gomez (OF; Brewers) — Emerging as one of the bright, young, brash stars. Hits with some power and steals bases. Stats should go up with Braun back in the lineup.

18. David Wright (3b; Mets) — Another player like Beltre at third base who is older, but still a very solid contributor across stat lines. Had a nice year last year due to basically staying healthy (112 games), which is always a concern with him. Other problem is he plays in a huge ballpark, which hurts his power numbers (18 homers in 2013).

19. Giancarlo Stanton (OF; Miami Marlins) — Is a stud, but plays in a big ballpark for a bad team. Both will impact his numbers, even if they remain impressive.

20. Bryce Harper (OF, Washington Nationals) — Jabroni Joe’s favorite player Hahaha. Seriously, he is a good all-around player and apparently has hit the weights, but not like Yasiel Puig. Should have an increase in power numbers, but unfortunately plays in a big ballpark. Does everything well and should continue to get better

21. Evan Longoria (3b; Tampa Bay Rays) — Another solid player at third who doesn’t get the national attention due to being down in Tampa Bay. Great pick if you get him at this point.

22. Freddie Freeman (1b; Atlanta Braves) — 24-year-old o stud! I have him higher than most, which surprises me a little since he is in a great lineup with protection and hits for power and average. The Braves showed confidence in him with a big contract and so should you.

23. Jason Kipnis (2b; Cleveland Indians) — Probably my biggest surprise on my top 25. Hear me out on him. He has improved every year since he broke out and he is in his prime. No reason not to think he won’t improve on these numbers (86 runs, 17 homers, 84 RBI, 30 steals in 2013). Remember, second base has a huge drop off after a few go off the board.

24. Dustin Pedroia (2b; Boston Red Sox) — Another solid second baseman, most would argue he is the No. 2 behind Cano. Can’t go wrong with him at second, but I still give Kipnis the edge.

25. Buster Posey (C; San Francisco Giants) — Basically felt like a catcher needed to be on this list. He is a really nice player, but catchers in my opinion won’t make or break your team. That being said, he will hit for average wit a little bit of pop, but not much.

Closers: I am going to list five guys you should think about that might not be high on your radar:

1. Trevor Rosenthal: Will be the closer for the Cards.

2. David Robertson: Will be taking over for the great “Mo” in New York.

3. Nate Jones: Looks like he will win the job for the White Sox and has nasty stuff.

4. Rex Brothers: Was very solid for the Rockies last year, but more of a setup guy. If he is their closer he should be very good.

5. Joakim Soria: Now that Feliz is going down to the minors to become a starter, Soria will be the man in Texas. 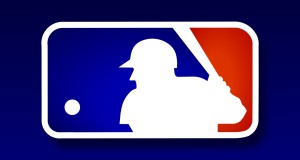 The Duke of Fantasy’s Baseball Rankings: 2015