Commentary on the boys in red pinstripes

Expect Halladay Back In 2014

When the Phillies exhausted their staff last Saturday night/Sunday morning in the baseball marathon against Arizona, it made perfect sense to activate Roy Halladay. Doc pitched well against the D-Backs. It’s going to be very interesting to see what happens with Doc next year. He obviously wants to come back and if he pitches well over the next month, bet on that being a done deal. He isn’t throwing smoke, but Halladay is a competitor and is as smart and as tireless a worker as there is in sports.

Casper Wells won’t go down as a folk hero like Wilson Valdez as a position player winning as a pitcher. He took a lot of heat for a forgettable evening, where he went 0-for-7 at the plate (four strikeouts) and then allowed five runs on the mound. But I’ll take Wells over Valdes anytime when it comes to hurling. Wells really looked like a pitcher. Plus he throws harder than Roy Halladay. Wells hit 91 on the gun and he has a nasty breaking ball. Tough loss in extras for Wells and the Phillies. The Phils placed him on the 15-day DL Monday with “vision complications.”

I’ve always had my doubts about Darin Ruf, but it appears he’ll be starting along with Ben Revere and Domonic Brown in the Phillies’ outfield next season. Ruf has had some issues with runners in scoring position but he has 11 homers since being called up July 6. That’s just five off the MLB rookie lead. He’s just one dinger behind Dodgers wunderkind Yasiel Puig. Ruf can certainly hit with power, particularly in August.

Ed Condran is a jack of all trades in the journalism industry, including an expert on all things Phillies, which he covers on a regular basis for Metro Philadelphia newspaper. 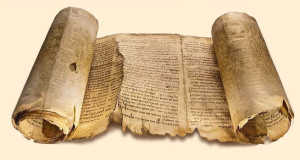 Hoskins Placed on 60-Day DL, Will Miss Remainder of Season