Sixers General Manager Sam Hinkie has been clear about his goals since day one: to construct a roster that is designed for sustainable success, one that is carefully planned out, and one that is built upon a solid foundation.

Thursday, the Sixers took yet another step in that direction.

The team entered the 2014 Draft with seven picks, including two in the top-10, and emerged with seven players, including Kansas standout Joel Embiid and Croatian star Dario Saric, as well as a handful of future picks. 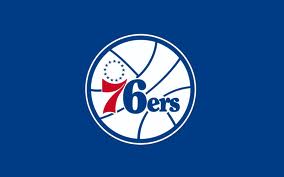 Here’s a breakdown of the picks (including one player coming to Philadelphia via a reported trade that has yet to become official):

(3) According to Adrian Wojnarowski of Yahoo! Sports, the Sixers have dealt the rights to Russ Smith (selected 47th overall) to the New Orleans Pelicans for second-year guard Pierre Jackson

Cameroonian center Joel Embiid averaged 11.2 points (62.6 FG%), 8.1 rebounds, and 2.6 blocks in just 23.1 minutes per game in his lone season at Kansas. The seven-footer only began playing organized basketball four years ago, and his potential as a two-way big man helped make him a top selection despite undergoing surgery last week to repair a stress fracture in his right foot.

With their second selection, the Sixers went international again, selecting Croatian forward Dario Saric, one of Europe’s top young players. Playing for Cibona Zagreb last season, the 6’10” 20-year-old averaged 16.7 points (49.7 FG%), 9.7 rebounds, and 3.2 assists per game, helping lead the club to its first Adriatic League title ever. He was named the FIBA Europe Young Player of the Year in 2013 and was the Adriatic League’s Most Improved Player last season.

Forward K.J. McDaniels led the ACC in blocked shots (2.8 BPG) despite primarily playing on the perimeter. He averaged 17.1 points (45.9 FG%) and 7.1 rebounds per game as a junior last season.

Pierre Jackson was originally drafted by the Sixers last season before being dealt to New Orleans as part of the trade that brought Nerlens Noel to Philadelphia. Jackson spent time playing abroad before joining the Idaho Stampede of the NBA Development League in November of 2013. In 31 games for the Stampede, the 5’10” guard averaged 29.1 points (44.9 FG%), 6.2 assists, 3.6 rebounds, and 1.8 steals per game.