Trending News
Home » Commentary From The Couch » Are Some Philly Athletes ‘Too Tough’ for Their Own Good?

Are Some Philly Athletes ‘Too Tough’ for Their Own Good?

August 3, 2013 Comments Off on Are Some Philly Athletes ‘Too Tough’ for Their Own Good?

In this exclusive column, the Jabronis give Philly fans a chance to share their views and opinions from the comfort of their own homes.

It’s no secret that Philadelphians consider themselves to be tough and hard-nosed, in many facets of life. We work hard, we play hard and, hey, we even debate sports hard. And, let’s face it, as sports fans we love to see our athletes play with a gritty, hustling edge to them. We just can’t help but cheer more for those players who have proven willing to play through injuries. But are players sometimes “too tough” for us and their teams?

Phillies centerfielder Ben Revere broke his foot after fouling a ball during his last at bat of a Game 1 loss to the White Sox during a double header at Citizens Bank Park this summer. But neither he nor the team knew of the break until after the game, after Revere stayed in the game and failed to reach first base safely on a double play ball. It’s likely Revere didn’t know his foot was broke, but should he have opted to be removed from the game as opposed to trying to stick it out? Did he make the injury worse by finishing the at bat? We’ll never know for sure, but it’s certainly possible. In that regard, fans should be asking themselves if the training staff should have allowed him to remain in the game. Credit Revere for “toughing” it out, especially when considering that there was little manager Charlie Manuel could have done in center had Revere been pulled and the game extended another inning, but there’s a fine line between doing what’s best for the team and compromising the team long term in situations like this. For this Phillies team in particular, injury questions and players’ attempts at playing through them has become unsettling, actually. Most recently, Domonic Brown remained in a game after getting shaken up when diving for a ball in left field. He’s since been out with concussion-like symptoms. Chase Utley, Roy Halladay and Ryan Howard have all played while experiencing serious physical injuries that have resulted in extended time off. Halladay pitched with a bad rotator cuff for more than a season, likely. Utley has a chronic knee condition that’s been blamed on his gritty play and refusal to communicate the depths of his pain. Howard was recently diagnosed with a meniscus tear, a tear that followed a visible “fraying” months earlier. All should have been shut down earlier than they eventually were, but what would be the fans level of respect for them had they done so?

In 2002, Eagles quarterback Donovan McNabb played basically an entire game with a fractured ankle, an injury that could have actually jeopardized his career. But on the opposite end of that spectrum are the likes of Andrew Bynum, who just “played” through one of the most frustrating seasons for a Philadelphia player that the city has ever known. Perceived to be “lazy” and “fragile,” players, Bynum sat the pine for a seemingly innocuous injury that he was rumored to have aggravated while bowling. This type of act infuriated fans, who had once presented him with a raucous welcoming reception following his trade from the Lakers.

So, where is the happy medium athletes can take, that doesn’t hurt their “Philly Tough” credibility while still protecting their careers? When can fans jeer an athlete for not being tough enough for Philly? How tough is too tough for Philly? Like most things in Philly sports, that’s still up for debate.

Mark Michael is a contributing writer to Philly Sports Jabronis. 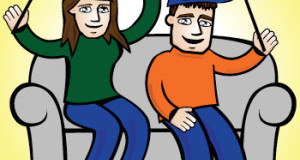 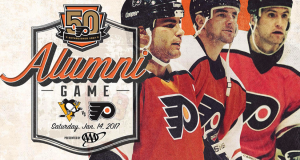 Are There Any Silver Linings in the Eagles’ Losing Streak?